Since the  distant past, man has sought his comfort in handling his tools all this with the purpose of finding a better precision, scope, mobility, force, etc.  From the first rock tools to the most modern ergonomic mouse and keyboard, we made great strides throughout history.

Prehistoric man adapted his tools and weapons to facilitate their use in hunting (projectile points, spear), harvesting (baskets) and fishing (hooks, plumb).

In this sense, it can be said that hunting, fishing, and agriculture were the first occupations of labor.

However, all these day-to-day activities of older populations were the first steps for innovations in ergonomics throughout history. The latter is the product of a long process of analysis, research and development.

With this we realize that the concept of ergonomics began to apply from previous years and today we can realize that it is not easy to adapt effectively to the work process, therefore it is necessary to adapt the work to us.

That the application of ergonomic principles is desirable and necessary, because of the undoubted increases in productivity that can be achieved while the best use is made of the abilities, skills, and abilities of human beings. 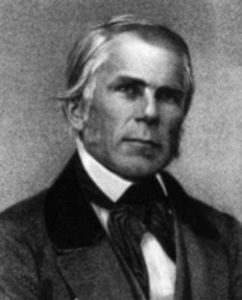 The first time the term of ergonomics was used was in 1857, by the Polish scientist Wojciech Bogumil Jastrzebowskl, in his writing “Science of Labor”, which deals with truths taken from nature, but was still very far from reaching the content Accurate given a hundred years later by the English.

Ergonomics as a multidisciplinary science has not emerged spontaneously but has been the fruit of a long evolution, developed through the analysis of work situations, seeking an adaptation of the work and environment surrounding the man who performs an activity.

Jules Amar, at the beginning of the 20th century, provides the basis of ergonomics by investigating static and dynamic muscle contractions.

He is concerned with the problems of fatigue, environmental ergonomics, temperature, noise and illumination and establishes the first research laboratory of physical work.

In World War I (1914-1918), the British government was concerned about the fatigue of the workers in the armament factories. Physiologists and psychologists conducted various investigations that were aimed at studying the improvements of workers.

In World War II (1939-1945), aircraft designs and cabinets caused a high number of human errors, caused by excessive physical and mental fatigue, due to the correct reading of the devices.

For the solution of these problems, multidisciplinary teams were created with engineers, psychologists, physiologists, anthropometrists and others. As a result, the “rational ergonomics” of aeronautical materials arises, and ergonomics specialists are hired.

From the application in the military material, one passes to the industrial material, where emerges an ergonomics with multiple disciplines.

The English psychologist Hywel Murrell defined ergonomics as the “set of scientific studies of the interaction between man and his working environment”.

In April 1959, the International Association of Ergonomics (IEA) was created in Stockholm Sweden, which has registered 33 federated societies and its function is to promote ergonomics at an international level.

The objective of the IEA is to bring together organizations and stakeholders in ergonomic research, through the promotion and organization of other activities.